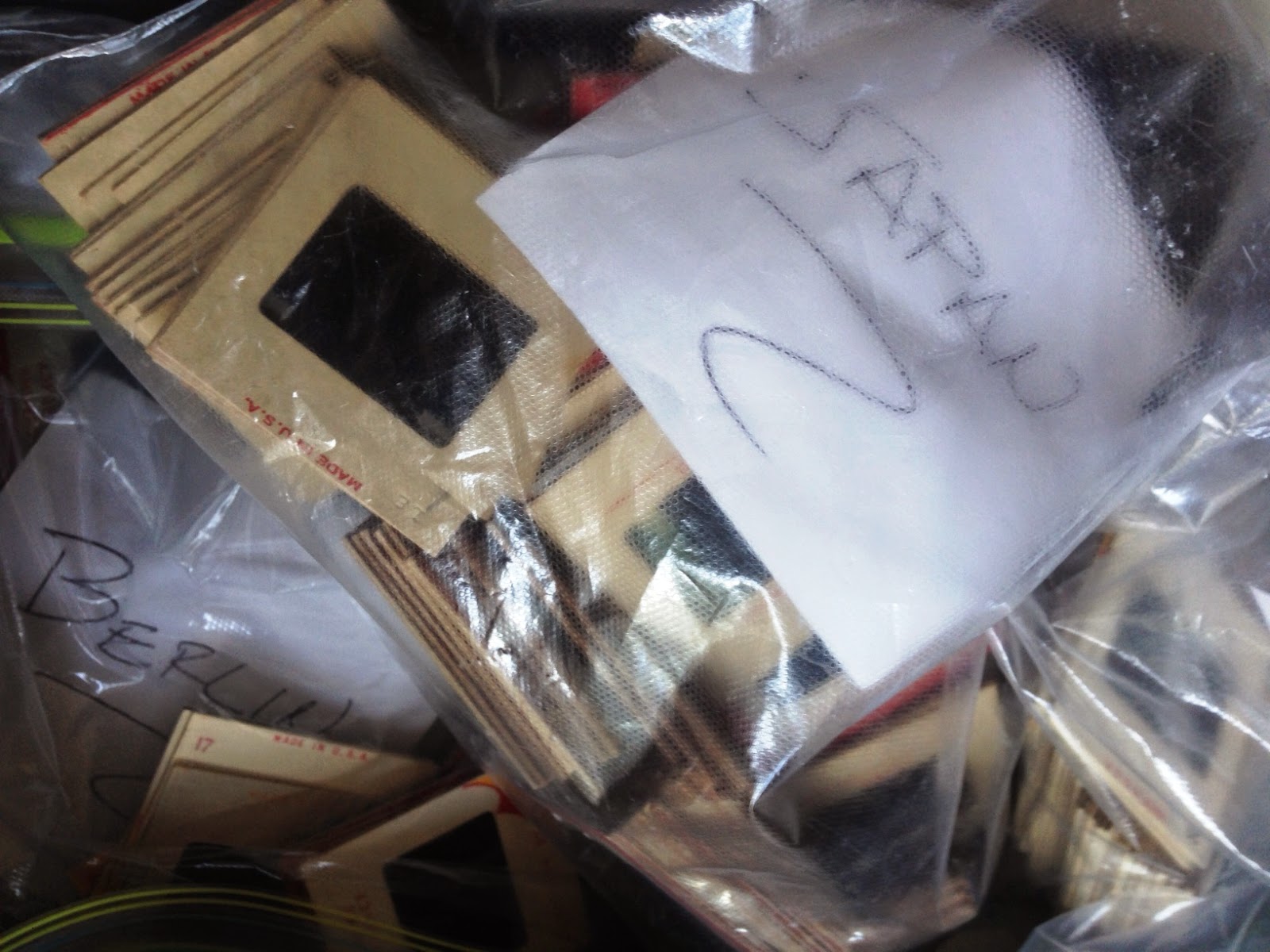 It's hard not to get overwhelmed by the neatly stacked boxes of slides and photos in my closet. They are the legacy left behind by family that is no longer here, handed down to me because no one else would take them. Although it's not accidental that I was the one who gladly carted them home from Illinois. As a cultural anthropology major, amateur photographer, and part-time writer, I'm fascinated by the stories that they tell. The social scientist in me wants to catalog them, figure out exactly where they were taken and who's in them. The photographer wants to color correct them preserve them, and the blogger wants to share them with the world.

I've come to the realization that it will likely take too long to scan all of them and then categorize them by time and place. So I've decided to just start tackling them 10 at a time, somewhat randomly, and posting them here. They are already sorted by the places my family lived, although I'm not sure that these labels are entirely accurate.

This first set labeled "JAPAN" would have been taken in the late 40s, after the defeat of Japan in WWII. As an army officer, my grandfather was part of the allied occupation and reconstruction that took place from 1945 - 1952.

I love this concept, Katy! Let me know if you run across the old photo of Erhardt Dittmar pushing your grandmother in a stroller (?) or buggy (?) around the house in Elizabeth. It was taken probably in 1920 when your grandmother would have been less than a year old. I saw the photo in an album when we were looking at family pictures before her memorial in Urbana in 2012 and I assume you inherited it. Keep up the great work. We family historians have to stick together!

I'm so ticked! I've tried leaving comments before, and Google eats them! >:-( I'm doing this from a laptop this time, so hopefully it will stick.

These shots are just fantastic. I love stuff like this. Growing up with virtually no family, it's immeasurably interesting to me. I like the "parade" of cars (the one with what looks like a reviewing stand), the cluster of children staring curiously at the American, and the double exposure one. Great stuff. I wish I could think of some of the (I thought) profound and/or funny things I wrote before, but I'm ticked. You can bet I'll be cutting and pasting this before I hit submit, lol. WTF with phones and Blogger??

All great 'stuff', I love 'We have clearance Clarence', your approach to the endless boxes, your mixed (and sometimes conflicting) proclivities, and your amazing observations! Keep it coming...