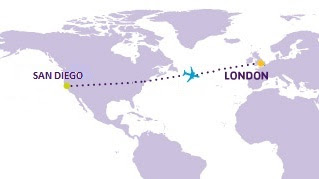 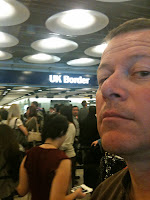 When we were planning our trip to Ireland we decided to take the British Airways direct flight from San Diego to London before flying on to Dublin, mostly to avoid LAX but also because who can resist a trip to the home of the Underground, Oliver Twist, Bananarama, the BBC and of course Detective Chief Inspector John Luther.


Heathrow was a buzz about the long lines (oops, I mean queue) to get across the border. Took the tube straight to Gloucester St, in Kensington.

Since we only had a day we decided to do the touristy Big Bus Tour of London. Despite the downpour it was a great way to see the city. We got off the bus at the London Eye and walked all around the River Thames to the Tower of London.

Found a great pub in St. Katharine's Dock Dickens Inn and took a few pictures along the way. Interested in seeing my London Big Bus photos? Well, here you go then.