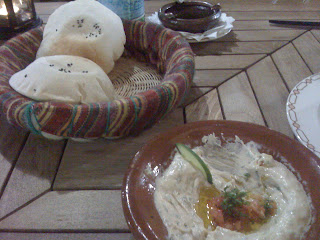 We've had some pretty good meals so far, but it definitely hasn't been easy to find "authentic" food. The other night our taxi dropped us off in front of an "On the Border". Seems strange to come halfway around the world to find a restaurant that's named for the place I live and that I would never eat at when I'm home. We walked a bit further and luckily found a "middle eastern" restaurant, that I'm sure the locals consider to be 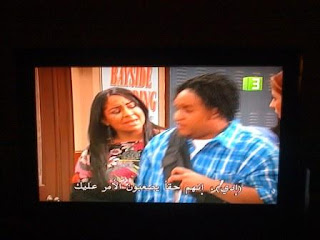 their equivalent of our "El Torito". But the hummus and bread was super tasty. I'm in search of good falafel, but haven't found it yet.
There's also an odd mix of American tv shows. The other day I was waiting in the lobby of the hotel and Tyra Banks was on, I'm so Raven is on now, complete with Arabic subtitles. I've found myself watching a lot of BBC News.

I knew it would be very westernized here, I guess I'm just surprised at their western choices. Don't get me wrong, I love America but I guess I was looking for a little... 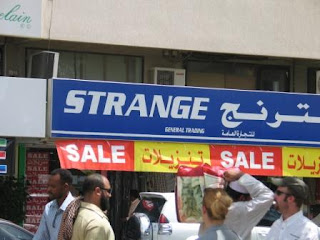 Have you had a gyros or falalaelal? Is ther diving?